Tricia Gallagher-Geurtsen - Tricia uses her social and cultural capital including her Ed.D. in Curriculum and Teaching and Bilingual/Bicultural Education from Teachers College, Columbia University to fight for equity for students and communities who are stigmatized and under-resourced by teaching multicultural education courses at UC San Diego, serving as chair of SDUSD's Ethnic Studies Advisory Committee, and co-president of the  California Chapter of the National Association for Multicultural Education, and actively fighting intersectional injustices locally and nationally.  A former elementary bilingual teacher, she conducts research on culturally and linguistically minoritized students and writes about equitably meeting the needs of all students in schools from a (post)colonial perspective, for example, in her book (Un)knowing Diversity, published by Peter Lang.

Deanna Niño, Co-Chair - Deanna Niño serves as Co-Chair of our Legal Affairs Committee and draws from her experience as a former Partner at the New York Office of the international law firm of Greenberg Traurig, LLP. Ms. Niño focused her practice in the areas of ERISA, employee benefits law and executive compensation. Prior to her private practice, Ms. Niño served as a Pension Investigator with the U.S. Department of Labor, Pension & Welfare Benefits Administration in Boston, Massachusetts. Ms. Niño is a graduate of the University of Vermont and the University of Denver College of Law and studied at the Universidad de Barcelona and the Universidad de Madrid. Ms. Niño was a Faculty Member of The International Foundation of Employee Benefits Plans' Certificate Series and was a frequent lecturer and author in the areas of ERISA and employee benefits law. Ms. Niño was an Editor and Contributing Author of the following employee benefit treatises: "Employee Benefits Handbook," “Health Care Benefits Law," and "Employee Benefits Law: ERISA and Beyond.” Ms. Niño is admitted to practice in New York, Massachusetts, Connecticut and the District of Columbia.

Sarita Ordonez, Co-Chair - Sarita Ordóñez first got involved in politics as a Congressional Hispanic Scholar Intern following her high school graduation.  She spent the summer working in Washington, D.C. for her local congressman, Rep. Mike Andrews (D-Hou.).  Sarita attended USC, but spent her summers in D.C, working on a national march for affordable housing and the successful campaign of D.C.  Congresswoman Eleanor Holmes Norton.  Sarita was selected as one of 55 Truman Scholars nationwide her junior year at USC, a prestigious scholarship for those dedicated to careers in public service, and worked at the Department of Labor during the Truman Summer Institute.  After graduation, she worked at the House of Representatives Judiciary Subcommittee on Civil and Constitutional Rights as a Congressional Hispanic Caucus Fellow.  Sarita attended NYU School of Law, where she was a Hays Fellow, working at the Lawyers Committee for Human Rights.  She was also a Center for International Studies Fellow, where she had a unique experience writing and presenting a paper on the "Effect of the Jurisprudence of the International Court of Justice on National Courts," which she presented to a conference of high court justices from all over the world, including Justices O'Connor, Ginsburg and Breyer, and was also published in the book International Law Decisions in National Courts and the NYU Journal of International Law and Politics.  After law school, Sarita worked for the Connecticut Civil Liberties Union and clerked for the Chief Judge of the U.S. District Court in New Haven, CT.  She then joined the public interest/criminal defense firm of Sheehan & Reeve, where she represented clients in state and federal court charged with everything from drug possession to murder, and successfully argued the landmark case of State v. Rolon before the state supreme court. Sarita also taught an international human rights seminar at Fairfield University.  She then moved to San Diego in 2001, where she had three kids and undertook indigent criminal appeals for Appellate Defenders.  In 2005, she formed Justice First with a friend from law school, a public interest firm dedicated to protecting fundamental human rights and liberties.

Angel Osuna, Chair - My name is Angel Osuna, I am a San Diego native, born and raised in the South Bay. I am currently a student at UC San Diego as a triple major in Critical Gender Studies, Study of Religion, and Sociology with a focus in Social Inequalities. As a queer person of color, I want to ensure that attention is brought to issues that marginalized communities face in hopes that it will help communities in need. 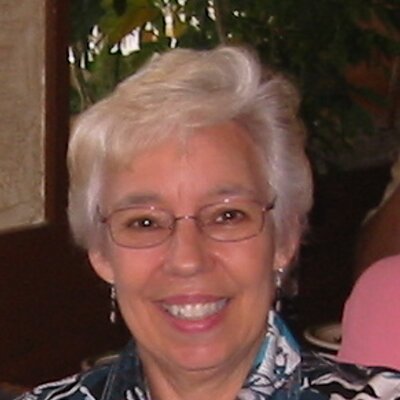 Carolyn Shadle, PhD, is pleased to serve as chair of the Seniors Committee. She lives at the White Sands senior residence in La Jolla, where she works with CSMAD (Concerned Seniors Making a Difference). This is a group that formed to
protect progressive values following the election of Trump. She is also the VP of Communication for the La Jolla Democratic Club.
Her degree is in Interpersonal and Organizational Communication and she continues to write, train, and facilitate, using her interest and expertise working through the education corporation which she founded (known as Interpersonal
Communication Services, Inc. www.icsInc.info). She writes and trains with her husband, John Meyer, Ph.D. They most recently authored Positive People  Experiences: 8 Ingredients for Business Success, and Communication Case Studies: Building Interpersonal Communication Skills in the Veterinary Practice.

Kim Goodwin, Member - Kim is a busy physician and co-owner of her practice, West Coast OB/GYN. After growing up in both Florida and then Colorado, she went to the University of San Francisco (where she was also a Division I volleyball athlete) for her undergraduate degree. She then received her medical degree from the Dartmouth/Brown joint medical program. She went on to complete her OB/GYN residency at Brown University, in Providence, RI. After her finishing her training 16 years ago, she moved to sunny San Diego to start her practice (and enjoy the beach volleyball). Her passion for politics has evolved from mere interest into a driving force in her life. This is largely due to wanting to make the world a better place for her two young children. When she relaxes (but who can relax at a time like this?) she enjoys knitting and playing volleyball.