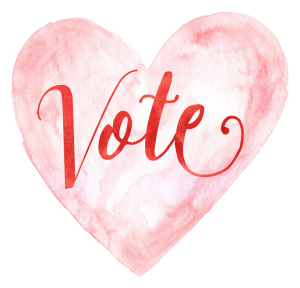 On this midterm election day, I have three important messages:

First, vote.  Today.  You know this.  Most of you did already.  High five!  But if for some reason you have not, go anyway.  Even if you are not registered, you can go and register today and vote a provisional ballot.  Do.  It.  Tell your friends and family to do it.  (By 8 PM in CA.)

Second, I want to send you a heartfelt THANK YOU for supporting LiftGen!  Whether you donate to our PAC to flip Congress, work tirelessly on our steering committee, pop in and out to lend your beautiful support, attended an event, protest or rally or stay informed and supportive, THANK YOU!  Today is a marker, a new chapter, a pause, a sigh, and a moment for reflection on all we have accomplished over the last two years.  There is no denying our little community of women and their families have found a well-spring of undeniable power through breaking down so many doors that were once closed to us.  I am PROUD of our work.  We have done so well for and have learned so much about supporting women, immigrants, and minoritized peoples.  So, please give yourself a hug from me, and partake in a virtual clink of glasses because you deserve it, we deserve it!

Third, and most important today, here’s my thinking on a game-plan for the three possible scenarios when the election results come in tonight (or even over the next weeks if races are tight and more ballots need counting):

Republicans maintain their majorities in the House and Senate.  Don’t despair.  Although unlikely, this sets us up for a more sweeping Democratic victory in 2020.  I know, I know..two more years(!) - but LISTEN: In this case, Trump continues to make mistakes and is emboldened to skirt the law and dig his hole deeper providing more evidence for Mueller.  He will continue to get nothing done and his voters will finally begin to bear the burden of his policies that hurt them: access to affordable healthcare, tariffs that hurt farmers and manufacturing jobs etc.  When 2020 comes around there are many more Republican senators and House reps up for reelection, the blue wave will be ENORMOUS along with a new president and a Congress that can roll back most all the damage done with strong protective and just legislation.

Dems flip BOTH the House and the Senate to majority Dem control.  First of all, hot damn, this would call for champagne and tequila or soda water shots! Celebrate!  Then, consider that the situation described in Scenario (B) above still stands—we won’t have a super majority in the Senate (2/3 Dems) so removing Trump is unlikely unless there is hard-core evidence of high crimes.  Basically this would be a warning shot to Republicans that the country is not into Trumpism and they need to consider independents and some bi-partisan legislation if they want to get anything done.  We wait till 2020 in this scenario, to gain super-majorities and a new president to roll-back the damage from Trump.

So hold tight.  We have a plan no matter what happens to grow our power and influence to protect the rights of women, immigrants, and minoritized populations.

With deepest gratitude for our (Re)sisterhood and our families,