Cases Filed Against the Trump Administration 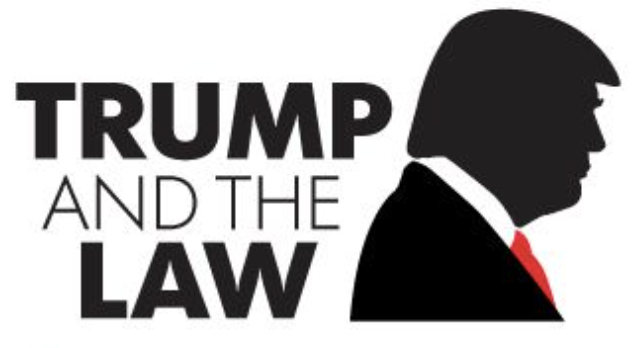 Thanks to Deanna Niño, Attorney at Law, of our Legal Affairs Committee, we have a memorandum on significant cases filed against the Trump administration.  The cases are promising and divided into categories: Executive Orders, Financial Conflicts of Interest, Federal Funds to Sanctuary Cities, Climate, and Civil Rights Lawsuits.  Please read these brief case summaries to educate yourself on current legal resistance to the Trump agenda.

The cases filed against the Trump Administration fall into several categories as detailed below. This memorandum focuses on the most significant cases in each category.

See the attached extensive list of cases filed against the Trump Administration listed by Circuit as obtained by LawFare. These “Travel Ban” cases are being filed based on alleged violations of the 1st Amendment (Establishment Clause - religious equality), 5th Amendment (due process) and 14th Amendment (equal protection under the law) and denials of asylum and discriminatory visa processing. The following cases detailed below are the most notable to date.

-This case was filed by the American Civil Liberties Union (“ACLU”), National Immigration Law Center (“NILC”) and the International Refugee Assistance Project (“IRAP”) on behalf of two Iraqi refugees who were detained at the JFK airport after the First Executive Order2 was issued by the Trump Administration and were threatened deportation despite having valid U.S. visas. Both plaintiffs had ties to the U.S. government and were fearful (along with their families) of remaining in Iraq.

-This lawsuit alleges violations of their 5th Amendment procedural and substantive due process rights as well as U.S. immigration statutes.

1 This was the first case filed challenging the First Executive Order.

2 The First Executive Order 13769 entitled the “Protecting Of The Nation From Foreign Terrorist Entry Into The United States” issued on January 27, 2017 (“First Order”) excluded refugees from Syria indefinitely due to the nation’s ongoing civil war and Nationals from seven predominantly Muslim Countries (Iraq, Syria, Iran, Sudan, Libya, Somalia and Yemen) from traveling to the U.S. for 90 days.

-Judge Donnelly issued an injunction on January 28, 2017 halting the deportation of any detainees. This ruling was very broad and applied nationally. However, this injunction did not apply to all lawful permanent residents or VISA holders who were oversees while the First Order was signed.

-Class action suit filed on behalf of two Yemeni brothers who arrived at Dulles airport with green cards (planning to join their father in MI) but were detained and placed on return flights to Eastern Africa. This suit includes 60 lawful permanent residents of the U.S. who were detained and suffered similar situations at Dulles airport and were denied access to counsel.

-Alleged violations of the 5th Amendment equal protection and due process rights, the 1st Amendment Establishment Clause, the Administrative Procedure Act, the Immigration and Nationality Act, and the Religious Freedom Restoration Act.

-The State of Virginia intervened in this lawsuit stating its universities were being harmed by the First Order.

- Large class action lawsuit which was filed by the Committee of American-Islamic Relations (“CAIR”) on behalf of more than 20 plaintiffs (many plaintiffs of whom are public figures, one plaintiff who is a pregnant wife who was barred from entering the US, and another plaintiff who is a critical care physician that works in an underserviced area in the U.S. which would cause great harm to that area if he is not permitted to stay in the U.S.)

- The complaint alleges the purpose of the First Order is to “initiate the mass expulsion of immigrant and nonimmigrant Muslims lawfully residing in the United States by denying them the ability to renew their lawful status or receive immigration benefits afforded to them under the Immigration and Nationality Act.” In addition, the lawsuit states that the First Order applies only to Muslims.

-The lawsuit alleges violations of the 1st Amendment (Establishment Clause and right to freedom of religion), 5th Amendment (equal protection rights), and the Administrative Procedure Act.

-This lawsuit is still ongoing and no order has been entered to date.

-Judge Chuang issued a nationwide preliminary injunction on a portion of the Revised Order which blocks the travel ban from six predominately Muslim countries. Judges in Hawaii and Maryland used the language in the Trump Campaign to demonstrate the intent and unlawful purpose of the Muslim Travel Ban. Judge Chuang noted that “the history of public statements continues to provide a convincing case that the purpose of the Second Executive Order remains the realization of the long-envisioned Muslim ban.”

-Washington was the first state to sue over the First Order alleging violations of Equal Protection under the Constitution and the 1st Amendment Establishment Clause and the right to Due Process. Judge Robart issued a broad injunction halting the First Order nationwide.

-The States of Oregon and Minnesota joined the case.

-Numerous businesses (i.e., Expedia and Amazon) filed Declarations of Support outlining harm to each company in this case.

-The State of Washington intends to ask the Judge to rule that the temporary restraining order against the First Order applies to the Revised Order.

-Hawaii was the first state to file a lawsuit against the Revised Order.

-Hawaii argues that the Revised Order will harm the Muslim population, tourism and the economy of Hawaii, the educational institutions and foreign students of Hawaii and is incompatible with the freedom of religion protections of the federal and state Constitutions.

3 On March 6, 2017, President Trump rescinded the January 27, 2017 Executive Order and replaced it with a narrower one, Executive Order 13780 (the “Revised Order”). This Revised Order was the same as the First Order except it removed: (1) the preference for refugees who are religious minorities; (2) gave exemptions for green-card holders, legal permanent residents and people with valid visas already issued; and (3) Iraq from the list of countries whose Nationals could not travel to the U.S. Basically, the Revised Order is harder to challenge in a court of law since it is drafted more narrowly than the First Order, however it still arguably has the same meaning and intent, i.e., a “Muslim Ban.” Several Judges are noting the Trump Campaign statements in their rulings (i.e., the Maryland and Hawaii courts)

-This case includes an individual plaintiff (Ismail Elshikh) along with the State of Hawaii which many legal scholars believe is important because some question a state’s standing to challenge the ban.

-This lawsuit alleges violations of the 1st Amendment Establishment Clause, 5th Amendment equal protection and due process rights, the Administrative Procedure Act, and the Immigration and Nationality Act.

-Judge Watson issued a temporary injunction and blocked the Revised Order stating it likely violates the Establishment Clause of the Constitution by disfavoring Muslims. His ruling was broader in that it blocked both the travel ban and the refugee portion of the Order. Judge Watson found legal precedent from the Supreme Court for using Trump’s statements about Muslims during the Presidential Campaign to question the constitutionality of the Revised Order.

-The Trump Administration will likely appeal to the Ninth Circuit Court.

Citizens for the Responsibility and Ethics In Washington v. Trump (U.S. District Court for the Southern District of New York) - Second Circuit

- This case alleges conflicts of interest and violations of the Emoluments Clause of the Constitution which prohibits a President from receiving payments from foreign governments. The main focus of the case is the convoluted and entangled business dealings of the Trump Entities with various foreign governments and nations.

The following cities have sued the Trump Administration over the directive to withhold federal funds from sanctuary cities: Santa Clara, San Francisco, City of Seattle, City of Chesea, City of Lawrence and the City of Richmond, CA.4

On April 3, 2017, the California Senate passed the Sanctuary State Bill5 which bars law enforcement from using their resources to help federal immigration enforcement.

5 Senate Bill 54, which unofficially has been called a "Sanctuary State Bill,” bars state and local law enforcement agencies from using their resources to help with immigration enforcement.

- This lawsuit was filed by 21 plaintiff children (ranging from the ages of 9 - 20 years old currently) and James Hansen, an acclaimed NASA climate scientist whose granddaughter is among the 21 young plaintiffs.

-The lawsuit argues that the federal government violated the Constitutional rights of the 21 children to a healthy climate system.

-If won, the suit requires “an enforceable national remedial plan to phase out fossil fuel emissions and draw down excess atmospheric CO2 so as to stabilize the climate system and protect the vital resources on which Plaintiffs now and will depend.”

-Judge Aiken denied the Motions to Dismiss by the government and fossil fuel industries and is allowing the case to go forward stating “this lawsuit is not about proving that climate change is happening or that human activity is driving it. For purposes of this motion, those facts are undisputed.” She also stated, “Federal courts too often have been cautious and overly deferential in the arena of environmental law and the world has suffered for it.”

-Similar suits have been brought and have prevailed in the Netherlands, Austria, Pakistan and South Africa requiring governments to cut carbon emissions.

-This lawsuit was filed by three protestors who attended the March 1, 2016 Louisville, KY Trump rally and were attacked at such rally.  The plaintiffs allege assault and battery against the three Trump supporters and incitement to riot, negligence, gross negligence and recklessness against the Trump Campaign.

-Judge Hale ruled that speech which incites violence is not protected speech under the 1st Amendment.  He also noted that there was lots of evidence that the plaintiffs’ injuries were a “direct and proximate result of Trump’s words.”  Judge Hale further stated, “[i]t is plausible that Trump’s direction to ‘get ‘em out of here’ advocated the use of force” and that “[i]t was an order, an instruction, a command.”  In addition, Judge Hale stated that Trump’s words were “particularly reckless.”

-As such, the Judge ruled it was plausible that Trump incited violence and that the case may more forward against him, his campaign and three of his supporters.  Judge Hale rejected the notion that Trump’s words were free speech and that Trump did not request his supporters to use force.

6 Such as ceiling fans, portable air conditioners, walk in coolers and freezers, commercial boilers and more.