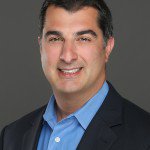 Please plan to join us for our August Speaker Series and General Membership Meeting.  We are pleased to welcome Bardis Vakili, Senior Staff Attorney at the ACLU of San Diego/Imperial counties, who will be speaking at this 5th event in our series. The purpose of this series is to meet our vision goal of inspiring our community to political engagement and action though education.

Prior to coming to the ACLU of San Diego and Imperial Counties, Vakili worked in the Orange County office of the ACLU of Southern California, where he litigated primarily in the areas of immigrants’ rights, voting rights, and free speech.  Vakili has also written amicus briefs for courts in gang injunction cases and advocated on a variety of additional issues, including community-police relations, the school-to-prison pipeline, rights of homeless individuals, national security, and government transparency.  In 2008, Vakili was part of the ACLU of Southern California immigrants’ rights team that was awarded the National Lawyer’s Guild’s Daniel Levy Award for contributions in the field of immigrants’ rights.  He was formerly director of the political asylum program at Casa Cornelia Law Center in San Diego.  He graduated from Tufts University in 1997 and the University of San Diego School of Law in 2006, where he received a Wiley Manuel award for pro bono service.  Vakili is proficient in Spanish and speaks basic Farsi.